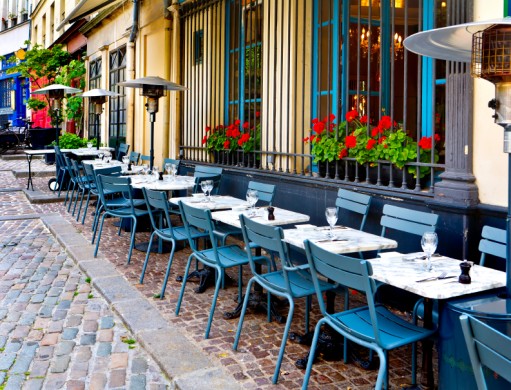 While in Paris, you might struggle to find Paris restaurants open on Sundays. The seventh day of the French week is a day of rest, and many shops and restaurants in Paris are closed.
So where should you go for lunch or dinner on Sundays? It depends on where you are in the city!

When you’ve finished seeking out the phantom at Paris’ beautiful Palais Garnier and have turned your sights on somewhere to eat, why not try the restaurant at the Opera itself?

Avoid the touristic restaurants near Notre Dame and lining the boulevard Saint-Germain. They have lost their sparkle in the 21st century

The neighborhood around the Eiffel Tower is home excellent restaurants.

Montmartre is almost idyllic in its perfection! Find the perfect restaurant to end your Sunday stroll .

(Please note: days and times may change, please double check to make sure!)

What are your favorite restaurants in Paris? Comment below!

Click Here For Our Insider Newsletter and Get Your Free Guide: 5 Secrets on How to Taste Wine Like a Pro!