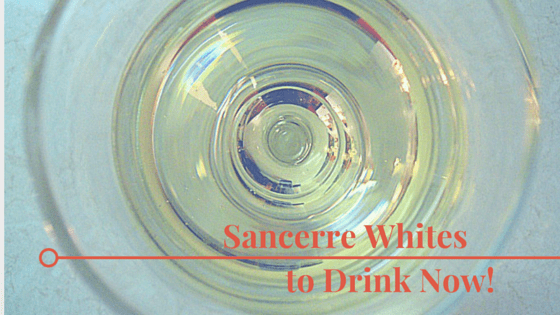 Fist, let’s start with a problem for the wine lover. We are celebrating a birthday dinner at a fine local restaurant, and fresh caught Chesapeake Bay rockfish (striped bass) was that evening’s special dish.  I found that the selection of familiar white wines didn’t quite fit the need. They were, by and large, rather light and some were acidic.

Then I found the pages of the wine menu which listed Loire Valley white wines. I knew that the Loire Valley was improving its wine offerings. So perhaps there was something to be found here.

What made that more intriguing, for fans of terroir such as myself, was the chalk layer that was present in some of the Sauvignon Blanc vineyards of both Sancerre and its neighbor, Pouilly-Fumé.  There was a Vincent Delaporte 2013 Sancerre Silex cuvee Maxime (retail $47), produced from premium acreage. And this choice wine was available at less than half the cost of choice white Burgundy wines.

We enjoyed the wine, which was full-bodied, and complemented the rockfish. I was reminded of my choice of a Chateau Smith Haut Lafitte, an exceptional white Bordeaux wine, many years ago at the New Orleans restaurant, Antoine’s, which set me back $9.00! (The price has now increased, according to our return trip two years ago to New Orleans.)

This is a wine lover’s lesson. Learn what you can about wines, from trips and wine blogs. There is usually something new going on.

Sancere Wines as an Alternative to Bordeaux and Burgundy

Bordeaux wines are escalating in cost, encouraging other wine areas to improve their product and increase their market share for fine wines. That is true of the Loire Valley.

Here are a few selections of white Sancerre wine to enjoy.

And for a special occasion, don’t forget the Delaporte cuvee Maximum 2013 . For the moment it is thought to be the most expensive white Sancerre wine– but that is still far less than the cost of a fine village appellation white Burgundy.