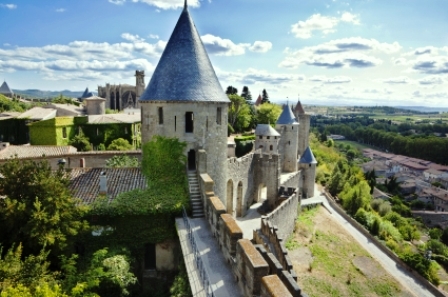 Bordeaux, Burgundy, Loire… these are very familiar to us all by now. But what about the Languedoc?

Its relative obscurity is strange when you realize that the Greeks first planted grapes along the Mediterranean Coast of the Languedoc region in the 5th century B.C. after realizing how perfect the region was for wine growing. It wasn’t until the 19th century that the quality of wines being produced in the region were overshadowed by cheap wines that were easy to produce and to sell. At this point in time, the region became known for these table wines, which would later become part of the wine rations for World War I and II soldiers in France, and would ultimately overshadow the Grands vins of the region.

But the time has come to change our tune about the Languedoc — in France, this change is being effected thanks to an event, le Printemps du Languedoc or the Languedoc spring, which is hosted every year in France. This event highlights the wines made in this region, including a large variety of biodynamic, organic and natural wines, through events hosted by different bars, restaurants and wine shops.

I visited le Bistro de la Renaissance, one of several restaurants offering a special menu in honor of the event — in this case, a simple Aubrac lamb sauté served with spring vegetables and a rich, flavorful sauce, accompanied by an AOC Pic Saint Loup Château de Lascaux wine, an organic red from the Languedoc region combining Syrah and Grenache grapes.

Both were new discoveries for me, but the suggestion of the pairing by the restaurant manager was perfect. The sweet flavors of the spring lamb were ideally paired with the fresh, round, fruitiness of this red, while the tannic structure that is present on nearly all Languedoc wines I’ve tried was the perfect support for the subtle gaminess of the meat. 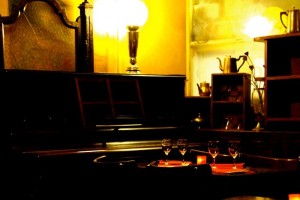 It was also the opportunity to discover a restaurant a bit off the beaten path, in the 18th arrondissement. The Belle Époque interior stands out in the neighborhood, but it remains for good reason: the restaurant itself formed the backdrop of the 1940s Paris restaurant in Quentin Tarentino’s Inglorious Bastards.

No matter how much we love our old standbys, it’s always important — and interesting! — to discover new favorites. While the Languedoc Spring hasn’t been exported to other countries quite yet, take advantage of the Languedoc wines that you can find at home. You’ll see that the reds are characterized by a strong tannic structures, the whites by a dryness that’s perfect for a summertime sip. Amongst the whites, you’ll grow to appreciate the sweet grapes like Maccabéu, which makes a liquoreux white that’s perfectly suited to accompany foie gras, blue cheese or dessert.