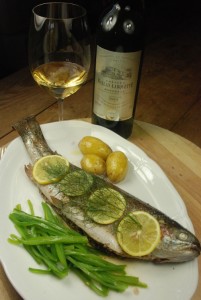 Bordeaux may be famous across the globe for its wonderful red wines but it also produces some superb whites with impeccable reputations and long pedigrees.  Dotted amongst the vineyards you will see tiny splashes of white as you travel past during harvest time.  These little pools of white grapes are part of Bordeaux’s history and heritage, for 200 hundred years ago the majority of wines produced in Bordeaux were white! It seems hard to believe nowadays as Bordeaux is practically synonymous with red wine.

Back then most of the major chateaux made a flagship white wine.  Premier Cru Chateau Margaux has been making a dry white Bordeaux since 1715!  The UNESCO World Heritage town of Saint Emilion didn’t switch over to producing reds until the Second Empire (the Imperial Bonapartist regime of Napoleon III from 1852 to 1870). Today the Bordeaux whites are made in small quantities across Bordeaux and prices range widely according to the chateaux’s rank and location.

The most expensive are dry whites produced by Bordeaux’s Grand Crus Classés, and prices can soar into thousands of dollars per case.

Most of the  Grand Crus Classés produce a Second Wine that is less costly than the Grand Vin and dry whites in this bracket can be a good source of high quality wines at a decent price. 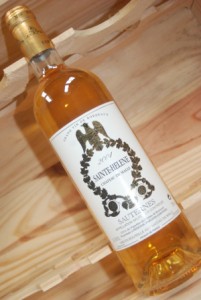 Sweet whites are also produced in Bordeaux, and have been made for around 300 years or more.

Bordeaux has an infinite variety of wines to choose from and there are many discoveries to be found – wines or otherwise!  Cheers!

Which Bordeaux white wines have you tried? Which are your favorites? Tell us below!