Nuits-Saint-Georges Wine: What to Try & Buy 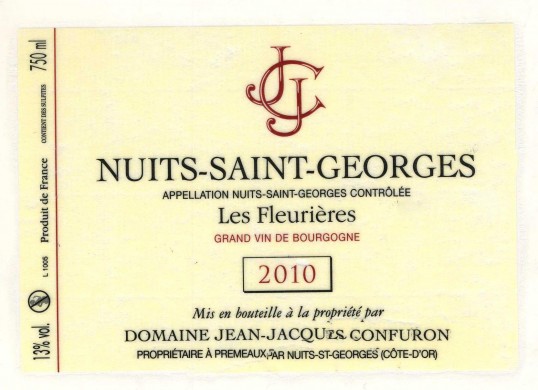 How can this be the case?

Wine lovers are beginning to discover them, and prices are rising accordingly. Since that is the case, I would suggest that you begin your enjoyment of these wines with a village appellation Nuits-Saint-Georges from a fine producer. These wines have been rising in quality, and are a dependable introduction to the region. Try a Latour Nuits-Saint-Georges from the flavorful 2010 vintage ($58). You will savor an excellent wine, with flavors of fruit and good structure. It is perfect with your roast for a festive Sunday dinner.

I visited Nuits-Saint-Georges, and even signed the municipal guest book. And it was not difficult to find the most favored premiers crus – take your own map with you during your visit, to make sure that you find your own favorite, such as Les Cailles, Les Portets, or Les Boudots. I recall enjoying a Les Boudots from Louis Jadot’s 1988 vintage, and was surprised to note its rich, expansive flavor, something like a Mouton Rothschild at far less cost. That flavor rather typifies these wines, which benefit from several years of aging in your cellar at least. A Robert Chevillon Les Saint Georges from the same vintage struck me as “an excellent wine, full of character.”

My favorite premiers crus are the following three wines:

I hope you will enjoy getting to know the wines from this fabled region.

Please let us know your own favorite Nuits-Saint-Georges wine! Comment below!