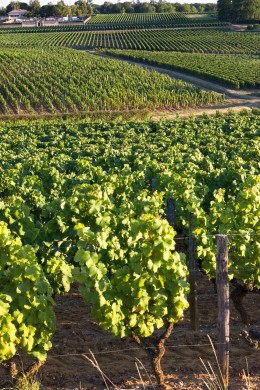 Graves Wine Region in France: What Red Wines to Try

The great wines of the Medoc are well known, in large part because of the celebrated 1855 Classification. Other regions of Bordeaux, gauging the success of that famous classification, have in this century added their own. St. Emilion and the Graves are famous examples.

In the case of the Graves, Chateau Haut Brion is one of the twelve red wines wines cited – and it is also a First Growth in the Medoc Classification, quite simply because it was the most famous French red wine (mentioned by Pepys in his famous 17th century diary). However, unlike the Medoc classification, there is no rank order in the Graves classification (first issued in 1953, then updated in 1959). For some, this may limit its usefulness. I for one doubt that anyone would maintain that Haut Brion and the other eleven wines on the classification list are of equal merit.

As I have written previously, the Graves region, just south of Bordeaux, is now becoming better known for the excellence of its white wines. Now let’s look at six red wines from the Graves Region for your enjoyment, together with some anecdotes about how I first enjoyed them in France. As you might expect, Haut Brion and La Mission Haut Brion are very pricey – see how much fun you can have discovering other Graves wines at far less cost, including their own second wines, made from younger grapes.