Wine Points: Taste is for Wine, Points are for Ping Pong 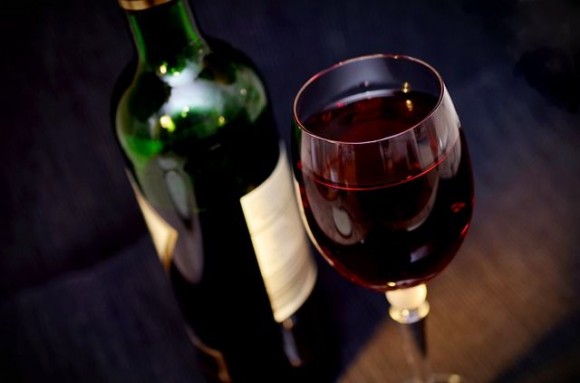 Another Look At Wine Points

Readers of this column will know that I find point scores for wine generally unhelpful, if not absolutely counterproductive. The reasons for this are various, but they were all highlighted a week or two ago, when I received an email notice from one of my favorite wine retailers. It announced the fact that they were taking orders for futures purchases for the 2007 Châteauneuf du Pape, Château de Beaucastel.

Now, 2007 is thought to be a fine vintage year in the Rhône Valley as elsewhere, and for years – at least since I greatly enjoyed a case of their fine 1978 – Château de Beaucastel has been thought to be one of the finest Châteauneufs. My wife and I visited the property several years ago, and shared an afternoon with the Perrin brothers, sampling their fine wines (the white is also worth your notice, although it is somewhat harder to find) and enjoying their detailed explanations of how their grapes are grown, and the wine assembled. Their wines generally since that date have been enjoyable, as the rest of the appellation raises its sights.

I was therefore rather surprised to read, as the main point of the email promotion that I received, that a point score had been assigned the 2007 Château de Beaucastel by Robert Parker, who admits that he hasn’t even tasted the wine! What he had tasted (and scored) were, he tells us, wines from the thirteen individual grapes that make up the blend. He had not tasted the assembled wine, but regardless of that, assigned it a score of 93-95plus! I am reminded of the Wine Spectator Magazine’s dubious lower “awards,” which used to be handed out on payment of application fees. Not all of them were rigorously investigated by the magazine, but restaurants used the certificates received to tout the presumed excellence of their cellars.

When this sort of thing happens, consumers are the losers. So let’s review the basics.

The blending of the grapes into a grand vin requires dedication and skill. It is an essential part of the winemaking process. I recall being the guest of Jean Delmas at Château Haut Brion some years ago. He set forth the wines from cabernet sauvignon, merlot and cabernet franc grapes in six glasses – one of each for portions of the legendary vineyard that had recently been planted, and the second set of three for the same grape varietals, from vieilles vignes. The maturity of the latter was something of a countepoint to the freshness of the younger wines.

How to blend them, and in what proportion, was the great question, and a large part of the winemaker’s art. Jean then gave me a seventh glass, which was the final blend that he had orchestrated (the word seems particulaly apt) for the Château Haut Brion grand vin. The final blend tasted like none of the individual ingredients, although there accents here and there. It had flavor and depth and complexity of its own. The whole was really greater than the sum of its parts.

I wonder what he would say about assigning a precise point score, on a scale of 100, to a grand vin that had never even been tasted!

Here are a few of the many other reasons why precise point scores are silly.

They set up comparisons in wines that are not comparable, for example, a Beaujolais and a St. Julien, each with a point score of 87. Are they comparable? In what way, precisely?

They do not tell you when a wine will be ready to drink. A wine scored 95 may or may not be ready. Someone who buys a bottle based on a point score and serves it for dinner may well be setting himself up for disappointment. Is the wine ready to drink? You will never know from a point score.

Conversely, a wine with a lower point score that is ready to drink may well give far more pleasure than a higher scoring wine that is still developing. The wine lover should know that a wine scored a pitiable 80 may be a pleasure to drink now, while a 98 may be dense and perhaps even indigestible.

Wine point scores, it should go without saying, reflect the taste of the individual reviewer. If that person enjoys sugary creations that morph into highly alcoholized wines, that doesn’t mean that you would enjoy the same wine, or rank it in the same way. Ditto for wines that have too much exposure to oak during the fermenting and aging process.

Comparative wine scores set up a false heirarchy of value, as we are seeing in the outlandish prices now paid for wine futures for esteemed French wines. They are increasingly being priced out of sight. It is entirely possible that future wine lovers may never even have the chance to savor the best wines, and to understand how to compare them.

The most interesting comparison for a grand Bordeaux wine is often with its vintage siblings. Merely assigning point scores makes this process infantile. Worse yet, point scores set up a misleading heirarchy. It is like saying that if Mozart made divine music, that of Chopin is mediocre..

Wine point scores tell you nothing about how the wine should be served, with which foods, and in what order. I could go on, but you get the idea.

Why are there point scores at all? I suspect it came about in an effort to simplify what is not simple. It takes some effort, pleasurable at that, to know something of the different regions. And a bit more effort will lead you to the individual producers, to learn who values the process, and who takes shortcuts. The vintage years should of course be studied, for clues as to weather variation and underlying vineyard quality.

And you should have a care as to how to serve wines, and with which dishes. It is a pleasant labor that rewards your efforts very quickly indeed. As you learn more about wines, you will take pride in your growing knowledge of them.

And you will be far less likely to take the precise word of an authority who has not even tasted the wine!