Paris Museums: How to Make the Most of Your Next Visit 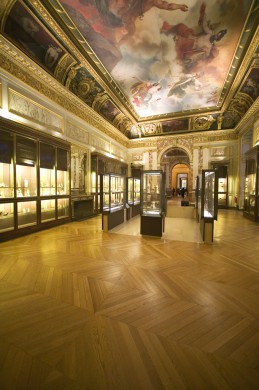 Visitors to Paris often find themselves shuttling from one museum to the next, trying to get in as much of the art and culture that seemingly defines the city as possible. You wouldn’t be wrong to follow in their footsteps, but be sure to enjoy yourself as you explore Paris’ art world; take your time as you explore the exhibits, and find a moment to sit down and have a bite to eat while you explore the artwork!

As a student in Paris, I often took advantage of the free entry I was granted to the Louvre to spend afternoons doing my homework in the sculpture garden. There’s no doubt that the Louvre is rich in culture, but be sure not the get overwhelmed by the sheer number of things to see. Note down two or three exhibits you’d like to visit, and spend your time really seeing them.

When you’re through, regain your strength at the Café Marly, located under the arcades of the Richelieu wing. While the café’s prices reflect the real estate, it’s worth your while for the view. The food won’t blow you out of the water, but it’s one of the best choices in the area, and the croque monsieur is quite good.

The Musée d’Orsay is home to French art from the 19th and 20th centuries, which may seem like nothing compared to the millennia in the Louvre, but there’s quite a lot to see: the converted train station welcomes Impressionist aficionados, fans of Toulouse-Lautrec’s famous cabaret works, and everything in between.

The Musée d’Orsay is home to several cafés, but none is more impressive than the original restaurant of the Hôtel d’Orsay, dating back to 1900. The gorgeous Belle Époque room plays host to a variety of classic French dishes including lobster bisque, grilled entrecote steak and crème brûlée for dessert.

The Georges Pompidou center, also known as Beaubourg, is perhaps most famous for its modern fountain sculptures in front of the building, which is both home to a host of modern art and a contemporary masterpiece in its own right. While the permanent collections are nothing to turn your nose up at, the true gems at this center are often the temporary collections, so be sure to take a look at what’s available during your visit.

Le Georges restaurant, located atop the museum, offers one of the best views of Paris. Unlike most restaurants in touristic locations, the food here is worth the trip, and the photos of the panorama will serve as a memory of the meal to be had.

A bit further afield in the residential 16th arrondissement lies the Marmottan. This museum devoted to Monet is principally composed of works that once belonged to the Marmottan family.

The upstairs contains several works of art and pieces of furniture dating back to the late 19th and early 20th centuries, while the downstairs is devoted to Impressionism. The smaller museum is a nice reprieve from the lines and crowds of other Parisian sites.

Impressionist fans will also love the Orangerie, a museum that can be found in the Tuileries Gardens, not far from the Louvre and the Musée d’Orsay across the river. Amongst other works, the Orangerie is famously home to eight of Monet’s famous water lily paintings.

The Jacquemart André museum is a lesser-known site located within a former private home. The 19th century museum displays decorations, furniture and works of art from the period. Botticelli, Van Dyck and Uccello all feature in the permanent collection, displayed throughout the home. Temporary exhibits are frequent and tend to attract the Parisian art crowds.

Within the home you’ll find the tearoom, which offers both brunch and high tea, either in the former dining room of the home or in the courtyard terrace, a high point of any visit to the museum.

Travel Tip: Avoid the long lines for tickets with the Paris Museum Pass, which provides entry to 60 museums over a two to six day period.

Emily Monaco is an American expat going on seven years in Paris. A lifelong foodie, she spends her time in Paris exploring new neighborhoods, discovering wine bars and cooking in her diminutive Paris kitchen.
Sign up for our eNewsletter and get our FREE wine tasting guide.