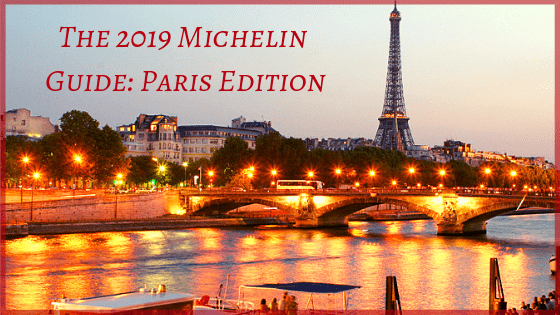 Who were the winners and losers in the Paris 2019 Michelin update for Paris restaurants? This year, the food world’s most prestigious guide added 68 new tables to its pages, including 18 in Paris. With a nod to trends for the Parisian food scene; this is what the Michelin guide has in store.

New Trends are Getting Recognition

A few modern Parisian tables have earned their first star:

Climbing Through the Ranks, Stars Added

One Parisian restaurant was elevated from one to two stars. David Toutain’s La Scène at the Prince de Galles hotel is run by by Stéphanie Le Quellec.

The Paris 2019 Michelin Guide announcements are a time of celebration. But there are always a few disappointed parties.

Several restaurants lost their only star:

While not in Paris, the odd situation of Chef Sébastien Bras deserves a note.

Some swear by the guide, others disregard it completely. The question that remains is: “How much does the Paris Michelin Update affect your choice for dining in Paris?” Let us know on Twitter, @FrWineExplorers or on Facebook, @FrenchWineExplorers. We’d love to hear from you!