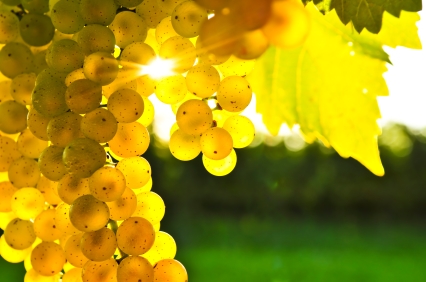 There’s no better way to discover Burgundy wine than on a wine tour.  While you’re planning your Burgundy  tour and waiting in anticipation for your trip, tasting Burgundy wine at a tasting event is another great way to further your knowledge of the region.

Louis-Fabrice Latour told me at this Washington tasting of his Burgundy wines that he had left Beaune that very morning, covered by early snowfalls, to make the trip to Washington. We appreciated the effort. His red Burgundies from the excellent 2009 vintage showed well, with a uniformly high quality. They also displayed the range of the Pinot Noir grape, expressing itself differently in different terroirs  throughout the Côte d’Or of Burgundy.

One expects quality throughout a range of wine offerings in an outstanding vintage such as 2009. The village appellations should be distinctive.

Four fine Burgundy premier crus followed, top of the line wines, including Beaune, Volnay and Pommard, appellations that do not have the higher grands crus.

Talking with Mr. Latour as the tasting proceeded, it was clear that he takes justifiable pride in producing a superior product. I wondered whether his special mention of avoiding “too much power” in the white wines was an allusion to past vintages, when the Latour style seemed quite concentrated, in contrast to the more restrained wines of other high quality producers, such as Bonneau du Martray.

Be that as it may, these wines were individually distinct expressions of Chardonnay, with superior quality the norm. They also radiated quality from the village appellation level. Unusual for me, I liked each wine tasted, which also proves that for the 2009 vintage, clearly one does not have to buy a grand cru to have a superior bottle of wine.

The village appellation Puligny-Montrachet, Chassagne-Montrachet and Meursault were all showing well.

Louis Latour Wine Of The Month

The tasting ended with one of the most famous grand crus of Burgundy, the Louis Latour Chambertin Grand Cru Cuvée Héritiers. A superior offering, this superb wine offers nuanced flavors that will continue to develop for decades. When you and discriminating friends decant this wine, you will wonder why the Emperor Napoleon always cut his glass of Chambertin, his favorite wine, with water!