Where Can You Find the Best Nebbiolo Wines of Italy? 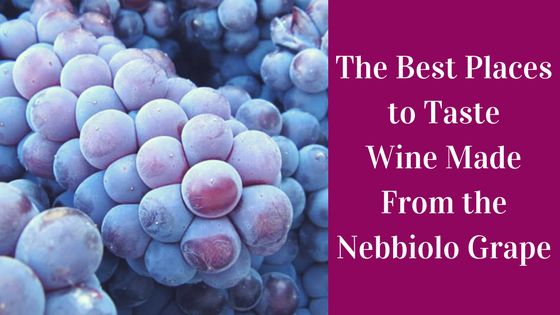 Where Can You Find the Best Nebbiolo Wines of Italy?

Nebbiolo wines of Barolo are among the finest in the world. Critics love their full-bodied texture and deep flavors. The Nebbiolo based red wines of Barbaresco are underappreciated gems. Generally softer and more approachable than Barolo, due to warmer climate and shorter barrel aging requirements, Barbaresco wine is delightfully refreshing.

So you’re on your way to Northern Italy and you’d like to try wines from each region. Or perhaps you’re at home and thinking about tasting wines made from the Nebbiolo grape. Where do you go? What wineries should you focus on?

Here’s a list of wineries to visit or to look for at your local wine store.

The commune of Serralunga d’Alba is home to vineyards owned by some of Piedmont’s finest winemakers. Both Angelo Gaja and Bruno Giacosa have been influencers garnering international acclaim for Nebbiolo based wines. They are  among an elite group of winemakers who own vineyard properties in Barolo and Barbaresco appellations (and elsewhere).

This list includes some of the best wineries from world-class wine appellations producing wines from Nebbiolo grapes in Italy. Babaresco wines are less tannic, and more homogenous in style and flavor, than Barolo.  Barolo is the new global darling of the bold-red-wine club.

You may not be able to find all these Nebbiolo wines at your local wine shop. If you’re interested in tasting the full range of wines from these regions, book a wine tour to Italy!