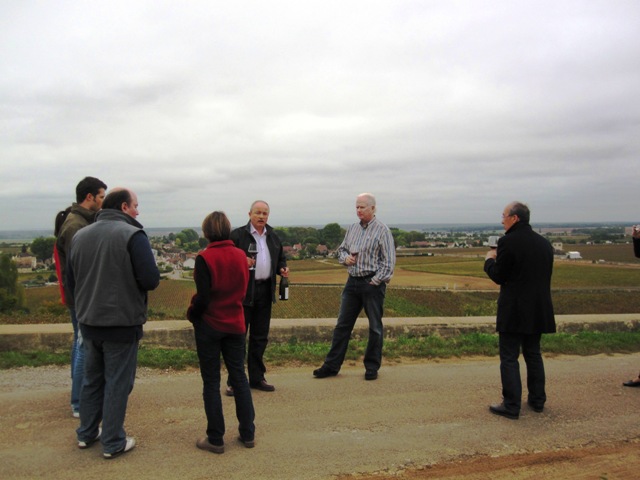 Discovering Burgundy wine at the source: day Two of our Grand Crus of Burgundy Tour:

After a fabulous welcome dinner at Le Benaton – a four-hour extravaganza! – we started the next day nearly recovered from the meal!

Our first stop was in Vosne-Romanée at Domaine Arnoux-Lachaux. Let’s just say that the members of the family were already hard at work when we arrived…

Founded in 1858, the estate is now in the capable hands of 5th and 6th generation family members. When Robert Arnoux died, daughter Florence (5th gen) and her husband Pascal Lachaux took over the business, soon to be joined by their son Charles (6th gen). The domaine is doing business in a beautiful modern facility built in 1998 that doubles as home for the Lachaux family and Madame Arnoux (who is quite elderly). The domaine owns property in four Grand Cru and five Premier Cru Burgundy vineyards, and also makes a few village and regional Burgundy wines.

With Charles as our tasting guide, and joined by regular customers “on the list” from Belgium who later loaded up their car with two cases of the current vintage, we sampled eight new wines (all vintage 2009): 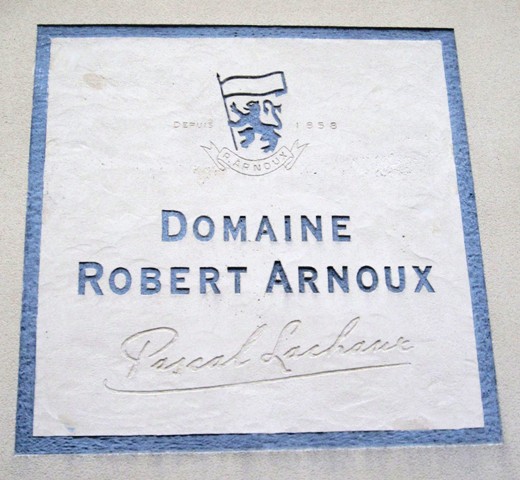 After our tasting, we meandered along the Burgundy Route des Grands Crus through the village of Vougeot to Chambolle-Musigny. Climbing into the mid-section of the vineyards, we stopped at the very edge of Musigny Grand Cru overlooking the Castle of Clos de Vougeot and the comparatively vast vineyards of Grand Cru Clos de Vougeout itself. Standing on top of the limestone wall that defines the boundary of the Clos de Vougeot, clearly the largest in the Côte de Nuits, we tasted our next Grand Cru wine while surveying the varied landscape.

Promised a more extensive tasting of this wine with a lunch to be prepared on our final day by the winemaker’s wife, we reveled in the 2007 Domaine Drouhin-Laroze Clos de Vougeot’s refreshing minerality and elegance, its pure fruit, floral and earth notes.

Our next stop was the obligatory visit to the Chateau du Clos de Vougeot. Together with the Hospices de Beaune, the Chateau represents the 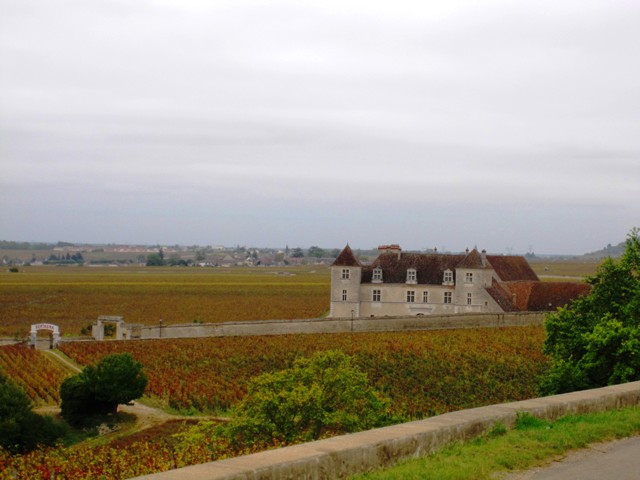 most important historical marker of wine development by monks in Burdundy. The Chateau was originally built starting in the 12th century by the Cistercian monks as a winery for the Abbaye de Cîteau . It wasn’t completed until the 16th century. There have been several owners since the French Revolution changed the religious ownership structure. Under a 99-year lease forged in 1945, the Chateau has served as home to La Confrerie des Chavaliers du Tastevin – Vins du Bourgogne. The organization is devoted to developing the products of Burgundy, particularly Burgundy wine, and has 13-14,000 professional and enthusiast members worldwide.

Next, we travel to Domaine d’Ardhuy to discover more Grand Crus of Burgundy, and to sample traditional fare.