Classification of Wines- What does all mean? 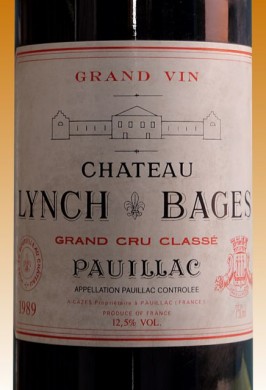 Classification of Wines – What does all mean?

The idea of classification of wines, and controlling wines from the standpoint of quality, is not a new idea. Centuries ago the Dukes of Burgundy decided that Gamay was an inferior grape, and banned its production. The Pinot Noir grape was planted instead, and is the basis for Burgundy’s world renowned red wines. (Gamay does well in Beaujolais,) And of course the most famous wine classification is the Classification of 1855, which ranked the greatest wines of the Médoc region of Bordeaux.

It was in the early years of the twentieth century, following a series of plant and insect diseases, that many French vineyards were replanted. The lack of quality wines while these vineyards matured gave unscrupulous merchants the chance for fraud. They would for example bring in plonk from North Africa and rebottle it as fine vintage wine. Gradually a movement arose to protect consumers and growers alike from such fraudulent practices.

The result was wine classification throughout France. Perhaps you’ve noticed the term Appellation d’Origin Contrôlée, often shortened to Appellation Contrôlée, or abbreviated as AOC or AC. Châteauneuf du Pape became the first area to have agreed AOC rules in 1935, and the practice was soon national, with the creation of the Institut National des Appellations d’Origin (INAO). This body was empowered to enact rules for grape growing and production throughout the nation.

The AOC system now regulates geographic limits of production, the density of planting, what grape varieties are allowed, yields per acre, standards for wine making, various vineyard practices, and since 1979, official tastings for quality control. AOC or Appellation Contrôlée on the wine label is your assurance that these minimum quality standards have been met.

But that is just the beginning. In Burgundy, there are some 150 AOCs. These classifications are based on geography, and the classifications include Grands Crus, Premiers Crus, Village and Regional Appellation wines. Clearly the more exalted the wine, the stricter the AOC requirements. In Bordeaux, by contrast, the AOCs can attach to individual properties, given the history of the 1855 Médoc Classification. After that, one finds the Crus Bourgeois (last reclassified in a contentious proceeding in 2003) and Crus Artisans (of January 2006), and village and regional AOCs. Separate AOC classifications exist for Saint Emilion, the Graves, and other areas, but in a nice bit of wine gamesmanship, none exists for the great wines of Pomerol.

Whatever your price range, you will now find AOC protection for French wines from every region of the nation. If you don’t see that AOC on the label – don’t buy the wine!

Last month I wrote about the pleasures of Chablis wine from Simmonet-Febvre, which was bought and upgraded a few years back by Louis Latour. I was pleased to find their 2009 vintage basic Chablis on sale locally for $13.79. It was balanced and refreshing, and went perfectly with our lobsters. This wine compares favorably with the more expensive premier cru that the firm used to produce just a few years ago, before their purchase by Latour. It is a genuine quality bargain, from an excellent vintage.