Paris Michelin Star Restaurants: The Best of the Best in 2017 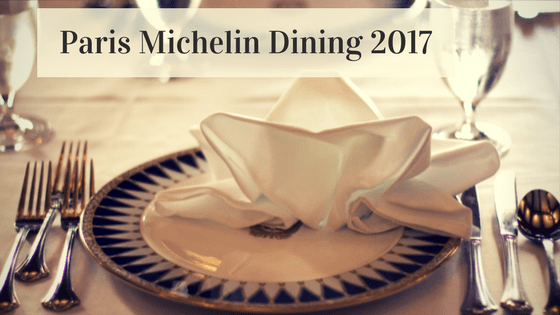 This year, the food world’s most prestigious guide added 70 new stars – 16 more than last year – with 15 Paris Michelin star restaurants alone. This year, the Guide has rewarded “locavorism” in particular, saying that a “double trend” has emerged: one that concentrates on the ingredient first and on flavor over appearance, an important note considering the increasing popularity of Instagramming meals.

While there are no new three-starred tables in the capital, there are a few to keep your eye on.

Last year’s guide rewarded Japanese chefs quite handsomely, a trend that has continued this year.

The only new 1-starred restaurant in the region not in Paris is L’Escargot 1903, located in the suburb of Puteaux. Paolo Boscaro is the chef bringing a detail-driven, harmonious cuisine to these tables, not far from the financial district of La Défense.

Some swear by the guide, others disregard it completely.  The question that remains is, “How much does the Paris Michelin star guide affect your choice for dining in Paris?”  Let us know on Twitter, @FrWineExplorers or on Facebook, @FrenchWineExplorers. We’d love to hear from you!