French Cheese: The Secrets of Fromage

French cheese is one of that country’s best known and loved exports, and with over 350 AOC cheeses to choose from, it can take some time to get to know them!

But French cheese really isn’t all that mysterious. Here’s our guide to uncovering the secrets of fromage.

The first thing to know about French cheese is that there are different types. Each type will have many different cheeses, but once you know which types you like best, it can be easier to narrow down the choice at the fromagerie.

Making Your Own Cheese Platter

Now that you know the different types of French cheese, it should be easy to make your own platter! You can go about it in a number of ways.

In France, you don’t often see sweeter pairings with cheese, but you can pick a few! A jam or compote can be a welcome treat with a stronger cheese like blue or Epoisses — try a fig jam or a cherry compote. You could also garnish your cheese platter with grape clusters!

And if you want to stay truly French, be sure to serve baguette — no crackers allowed!

How to Cut Cheese 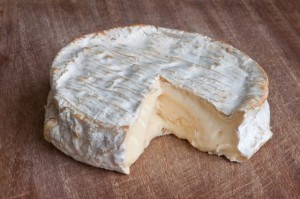 It may be surprising, but there actually is a cheese-cutting etiquette in France. But before you get nervous, remember this: the entire purpose of cheese etiquette is simple — not to ruin other people’s cheese-eating experience. Bear this rule in mind, and the others will seem simple.

Now all you have to do is dig in!